In 2006 Nick Wallingford released a series of podcasts about the history of Beekeeping in New Zealand. He has kindly given us permission to share this series of episodes here for you.

This is how Nick describes his show:-

A podcast of 5 to 10 minute episodes talking about the history of NZ beekeeping and the characters and incidents that have shaped the industry over the last 100 years.

This was the very first beekeeping podcast from New Zealand. Our podcast started six years later in 2012.

Nicks show was mentioned in our recent interview with Nigel Costley. A few listeners expressed an interest in listening to these old shows.

This lead me to contact the original podcast creator Nick Wallingford. Nick moved to New Zealand from Texas in 1974 (If you were wondering about his US/kiwi accent).

Nick was the president of the National Beekeepers Association of New Zealand.

Nick is now 67 and has retired to the Bay of Plenty.

Here are the episodes:- Press on the Play Button to play the episode…

The Way We Used to Bee – 01: Introductions

Nick introduces his show and what you can expect in the coming episodes. – 20-May-2006

A returned serviceman invents the worlds easiest Honey Extractor. – 21-May-2006

The Way We Used to Bee 04: Trevor Palmer-Jones

Nick talks about his meeting with Trevor Palmer Jones about his work in the 30’s and 40’s. He discovered that Tutin was producing poisoned honey.- 06-Jun-2006

The Way We Used to Bee – 05: Famous Beekeeper families

The Way We Used to Bee – 06: Jack Fraser and Kevin Ecroyd

The Way We Used to Bee – 08: Percy Hillary Beekeeper

End of the Show!!

Do you love what we do? did find something useful for your beekeeping? Do you want to help us to continue to produce more content? It’s easy to do ! In addition to that - being a supporter also gives you:- 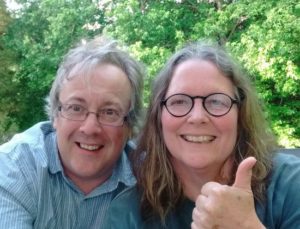 *** Our supporters site "Patreon" in based in the USA, which operates in US dollars ***

So did you enjoy that show ?...did you find something useful you can use in your beekeeping work or help keep you company as you work your bees??? Yes?

Then You can have the next show to automagically appear on your podcast listening device, simple to subscribe.

Subscribing to the show is Totaly FREE