Yes folks, Urban Beekeeping is alive and well in Auckland City, New Zealand ! Thanks to support of Auckland Council we can keep Bees all over our beautiful city, in our backyards within all suburban and urban areas. The start of this tale was in November 2015 when I was called by a beginner beekeeper who wanted to move from hiring a hive to having her own. The deal was agreed and with a deposit the work was on to get her a colony by December. Special requirements, to have 3 / 4 boxes if possible with Oiled hive boxes. 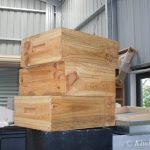 We started our splits in October but Unfortunately through this journey, we had two splits that failed, so we were on to the final split which was done in early December. Our beginner was truly patient but we asked her to bear with us. 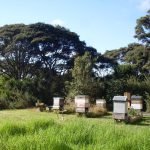 So …Christmas passed, we were waiting 6 weeks for the queen to appear and then there she was, a great layer with good laying pattern, we waited another 2 weeks to check cell-health but there were no eggs ! So I had to fully-inspect the whole hive to see what happened, I got to the last box and there was a small cluster on the mesh, I put my fingers in to move the bees aside, nothing – but I had this feeling they were clustered there for a reason so I turned the bottom-mesh-board upside down and there, sure enough was Queenie !! They had been feeding her and she was alive ! We must have knocked her out of the hive at some stage through the last inspection. So I put her back in the hive. But unfortunately these tales don’t always have a happy ending, the girls had built a queen cell in Queenie’s absence, so I thought I would just leave them to decide. two weeks later I went back in… …during this inspection I could not see the mated Queenie but I spotted a virgin queen, so I guess the girls had raised a tough new Queen who won the battle. Happy on one hand but sad for the loss of the ‘old Queenie’. 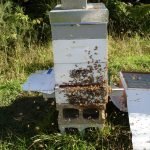 So I let my beginner know and she agreed to take on my view that she would mate and all would bee well. The odds were good, as this colony was thriving and had a large population so the beginner trusted my view and we arranged for the girls to go to her place. This is what we wanted to see So I prepared the colony for moving, swapped all the old hive-woodware for the new boxes and placed the robbing screen on the front ready for the night-move. Gary and I arrived at the apiary ready to get her ready for loading but unfortunately, did I say – not all tales are happy ending tales?!! – while trying to position the hive on to the trolley we knocked the boxes and the girls escaped and were very angry – this girl was very angry as I knew we could not move them while they were so p^%$”^d ! So another phonecall to say no-go. Handy Hint: if you replace old hive-woodware for new hive-woodware, it will move – as the girls have not propolised the hive together !!! ..you think we should have know all that by now but small reminders ay! So we waited til the following week and it was all systems go, we got in to the car and firm focus on the move, no mucking around and we had to operate like a well-oiled machine. We brushed the stragglers in to the robbing-screen, closed the access off, taped the cover just in case and she was loaded and on the trolley and straight up the small hill and then oomph!! lifted and in to the car….yay hallelujah we were on our way ! We arrived in the darkness, unloaded and removed the robbing-screen, the girls were calm and made very little fuss so we departed and arranged for a visit in two weeks. …two weeks later and So on my way to the big city, always a little nerve-wracking, crazy Auckland drivers, huge amount of roadworks and traffic delays and jams 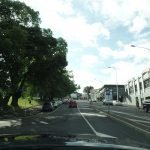 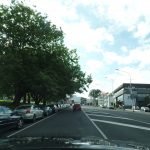 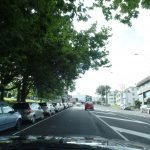 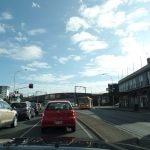 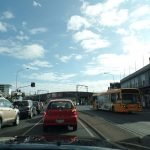 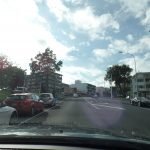