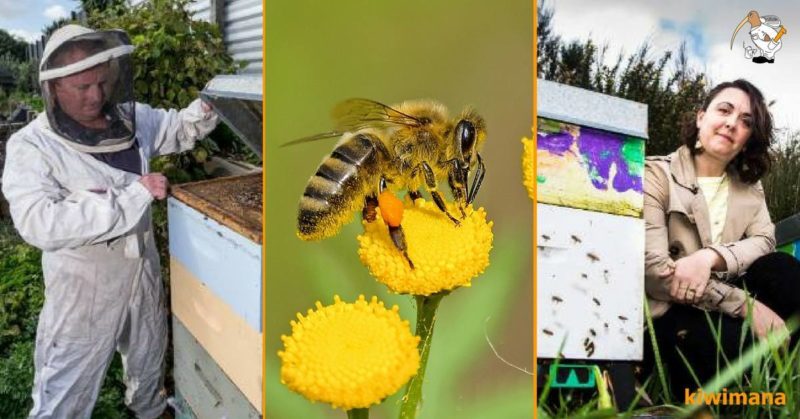 This week we are talking about new weed killer causes a stink, criminal elements, and New Zealand beekeeper found not guilty. This is Episode One hundred and Fourteen of our beekeeping podcast.

Hi, it’s Gary and Margaret here, We are beekeepers from the hills of the Waitakere Ranges on the Wild West coast of West Auckland in New Zealand. Our podcast is about beekeeping, what we have been up to, with a bit gardening and politics about environmental issues affecting beekeeping and bees but we’ve also been known to go off on tangents about other issues.

Thank you for listening to our show, we know life is busy for you and appreciate you and that you have taken the time to join us today 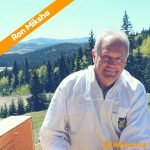 Incredibly stupid things a beekeeper can do

A great post by Rusty from Honey Bee Suite, story that most beekeepers can relate to when harvesting honey, love the quote “Words I didn’t know I knew taint the air.” 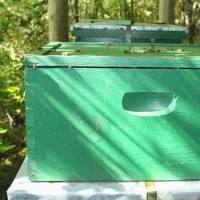 The worst beekeeping mistakes come from putting off what you should have done yesterday. Somehow, problems inside a beehive don’t get better by themselves. I keep thinking they will, but they don’t.

Incredibly stupid things a beekeeper can do

Tracy Robinson – Omg that is soooo funny, I don’t feel quite so daft for some of the things I’ve done after reading that 🙂
Noel McPharlin – The amazing thing is, she remembered it all.

Is this the new Langstroth hive? Made out of concrete!!

An idea from South Africa that may solve the hive thief issues around the world, concrete Beehives? Are these a great idea or just a pain in the back. 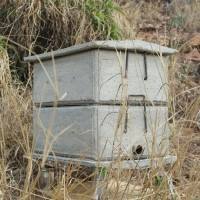 Beekeepers in Johannesburg, South Africa, are facing the same declining bee populations that are being seen in the United States. Not only are South African honeybees affected by the usual diseases and pesticides, they are also threatened by fires, honey badgers, and even vandals and thieves.

Is this the new Langstroth hive? Made out of concrete!!

Paulo Jmd Silva Terrible idea, wood hives are already too heavy so concrete ones must be really bad for people to lift unless you also buy a truck with a crane. Also, have my doubts about it having better insulation than wood but there are not enough details on the specifications to compare with regular wood hives.

Another issue is durability, drop one of those on the ground and it will break easily, do the same with wood ones and no damage is done.

To finish my comment, also have to say that such photo is the perfect example of bad beekeeping if there’s one wildfire on the area you will lose the hive. Concrete won’t protect the bees from extreme temperatures and the wax will melt and catch fire.

Georgie Hape Just what I was gonna ask!.. how do the bees like living in concrete walls??! As ‘Anastasia’ (from The Ringing Cedars of Russia, books) recommends we create a hive home similar to one that they would naturally create…
Paul Scholten – …best get the location right first time round then !!
David Pepper How do you check the lower boxes and harvest honey? With a front end loader?
Debi Jacka ACC are gonna love these sort of claims..
Rowan Crawford Average beekeeper using this:- 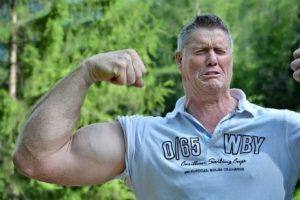 Margaret Groot Geez my back started aching just looking at it
Lyle Cairns Since concrete contains known carcinogens, I wonder how much silicon in the honey is acceptable until it’s considered unsafe for human consumption?

hope all is well with you both.

Brett Mascull from the Naki New Zealand has come up with a great idea to allow consumer to track where their honey came from. 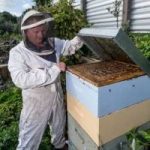 The Christchurch City Council is using an Organic weed Killer to reduce the use of glyphosate/Roundup products in their parks. This sounds like a great idea, wouldn’t it be great if Auckland Council Followed suite? 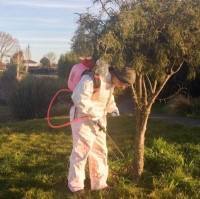 An organic weed killer being used by the Christchurch City Council is proving effective, as Council moves to significantly reduce its use of the potentially dangerous weed killer glyphosate.

Council voted last year to limit the use of glyphosate, commonly sold as Roundup, and move to an organic alternative, along with hand-pulled and mechanically removed weeding.

We tried it a couple of weeks ago, it worked really well on the side of our driveway. Here the photo we discussed:-

Karl Warr Good on you Christchurch council, doing good is contagious keep it up
Graeme Lundie Gary, any idea what they use ?
Rachel Dell And where to get it?
Phil Chandler White vinegar works.
Jasley McSaveney Nature’s Way spray at Mitre 10 works well too. Based on fatty acids. Has clove oil in it which you can smell. Organic.

Bees die in the cold after vandals open and kick hives

Wellingtons Local Flavour Urban Honey’s Cenna Lloyd has had hives kicked overexposing them to the elements. Sounds like kids but that doesn’t make the loss any better. 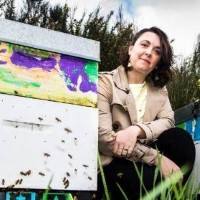 Twice this month, vandals have opened the hives in the Berhampore community garden, killing about 10,000 bees in one hive by exposing them to the cold.

Bees die in the cold after vandals open and kick hives

Are we helping you? 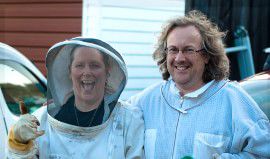 Do you think that you have received even one piece of information from our work that has helped you in your beekeeping?
Do you think that information was worth $1 a month?
If so you can help us to help you by becoming a Patron and your $1 will make sure you keep getting heaps of stuff coming to you

Easy to do here : http://kiwi.bz/banana

Roy Arbon who was accused of smuggling cocaine has won his case and will be returning back to New Zealand.

A 68-year-old New Zealand man has been found not guilty of smuggling more than two kilograms of cocaine into Perth.

We hope Roy settles back into normal life again and gets back into his beekeeping.

Stephen Stewart Rather expensive powder to use for varroa testing?
kiwimana Roy is a Treatment free Beekeeping Stephen, that is why I knew he was innocent of this crime. Great to see he got off and is heading home soon.

Hi, Margaret.
I hope all is well?
I know that you’re a big fan of oxalic acid.
I’ve a brood box that’s been regularly treated throughout winter with Apivar, I’m told.
I haven’t taken a count yet, but was thinking of starting an acid course, prior to taking a mite count after the first week.
What are your thoughts?
Apistan has been suggested, also?

I’m determined to declare war on them mites this year!
Regards, Ian. 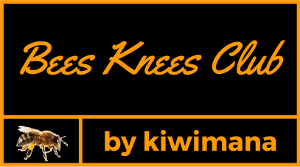 As a small thank you to our customers we ask for a ‘product review’ and from there, we randomly select one product review each month so they can go in to a draw for a $30 kiwimana gift certificate – a prize you can use !

But the draw winner must – Get in touch within 2 weeks – of the podcast release date to claim your prize.

Hi Gary & Margaret!
I was wondering if anybody knew of a beekeeping club in the south Waikato? I’m based in Te Awamutu, and the Waikato club meets too far away from me & too late in the day for it to work for me on a school night (work night).
Thanks in advance!
PS. Loving the podcast! I enjoy your lightheartedness and humour. I listen to it while at work and it helps the day feel a little lighter!

@TulipTreeHoney has some great advice this month

Love this podcast. Get the app! https://t.co/PW0WlxSTV7 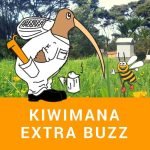 In this week’s Bonus show we talk about Varroa Mites have genetic holes in their armour and a handy Chart of bee growth. The bonus show is for our Patrons. 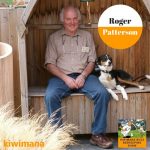 Roger Patterson has been beekeeping since 1963, he is from West Sussex in the United Kingdom. He is also the author of the book “Beekeeping – A Practical Guide”. He is a practical beekeeper, concentrating on the basics and keeping things simple. He is also the current president of the Wisborough Green Division of the West Sussex Beekeepers Association

This will be released on 11 October for our Patrons and 18 October for the rest of the world.