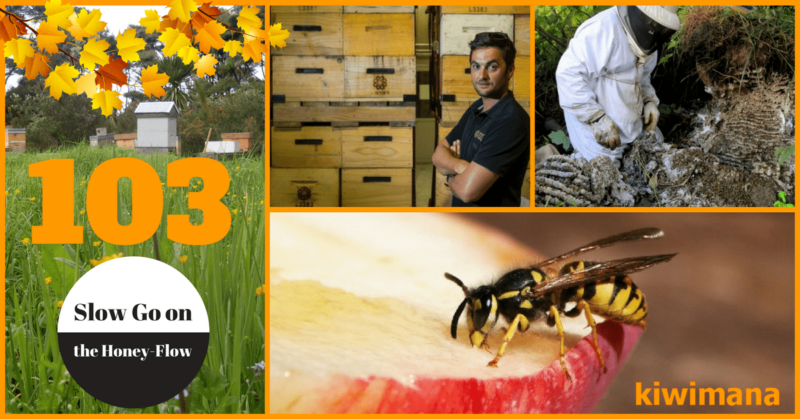 This week we are talking about Huge Wasp Nests and a Terrible Honey season Downunder. This is Episode One Hundred and three of our beekeeping podcast. 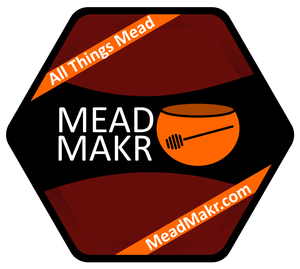 This week we would like to thank MeadDrinkr Tysen from Virginia, USA.

He has been supporting the kiwimana buzz for over 4 months

Hi, it’s Gary and Margaret here, We are beekeepers from the hills of the Waitakere Ranges on the Wild West coast of Auckland, New Zealand. Our podcast is about beekeeping, Gardening and bit of politics about environmental issues. We also have been known to go off on tangents about other issues. 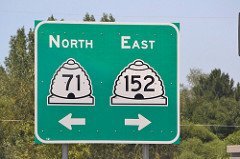 Big Shoutout to our listeners in Utah in the United States of America this month.

The State symbol is a Beehive which symbolizes thrift and industry 🙂

Thank you for listening to our show, we know life is busy for you so appreciate you have taken the time to join us today 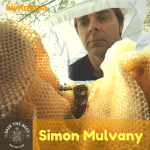 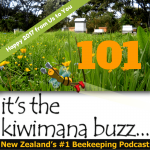 “You guys are the best!!

I had a hive killed off by wasps this year. They had an early frost and while the temps were low, not low enough that the wasps were also confined to their nests. Eventually the losses were too much for the hive.
Won’t make the mistake to put a hive in the shade again. It seems they get out much later than others and stay in on days when the sun is hot but the shade is too cool.﻿”

Lyle you might find our robbing-screens helpful – we have done field test over a couple of seasons to end-up with a great product – check out our product page
We’ve sold them to Australia as well and we have had more orders so they are helpful – against robbing bees too. 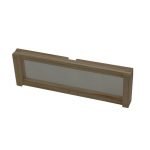 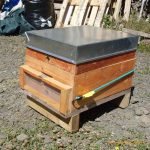 One of our swarm collectors in the South Island, got more than he was expecting when he came across a huge wasp/Yellow Jacket Nest. Sounds like it’s been a good season for wasps in Southland.

Debra Shaw – Now that would have been really interesting! Found another yesterday down the drain. They are everywhere at the moment.
Nicole Elsma Mctaggart – Wowses
Helen Beveridge – Holy moly!!
Vanessa Rotohiko – Good stuff!??, Yup get rid of all of them! Lol

The weapon to wipe out wasps: The story of Vespex

The Story behind a new insecticide that is being used to control Wasps or Yellow Jackets. We haven’t tried this yet, but Gary is licensed to use it.

The most effective method of wasp control to date took close to 15 years to be approved for public use. Jonathan Carson tells the story of Vespex as part of the Wasp Wipeout project.

The weapon to wipe out wasps: The story of Vespex

So what is Fipronil? The active ingredient in Vespex

We found this Wikipedia article about Fipronil

Lankford Partin – Just use A&W root beer in a 2 liter bottle cut the top off staple it inverted down in the other part fill about 2 inches of root beer set in your bee yard. Non toxic honey bees ignore it.

Young beekeeper ‘busts his arse’ to get where he is today

Story of a hard working young business owner from North Canterbury, South Island of New Zealand. This is an inspiration story about not giving up on your dream, and focusing on what you need to do to get there…

James Malcolm has lived this life for a decade, but the graft and commitment have paid off. At 28 he owns Natural New Zealand Honey Ltd, a beekeeping operation tucked under the tussock and beech-covered foothills of North Canterbury, with 3500 hives, a beekeeping HQ, and 16 full-time staff.

Young beekeeper ‘busts his arse’ to get where he is today

Stacey Johnston – Great article, and yes they looked like full depth hives, bugger that, another beek sending it all overseas
Craig Lovell – Good on him. Hope he’s not going to bust his back along with his arse 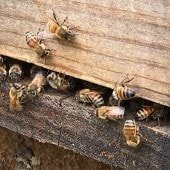 when starting a new bee business

Another great post from Karen at @bizofbees. She talks about the top three business mistakes for a beekeeping business. But these could apply to any new business.

You’ve decided that there is money to be made in the manuka honey industry. You’ve done the research on the interwebs and found a wealth of useful information. It all looks like a dream run. What could go wrong?

3 fatal mistakes to avoid when starting a new bee business

Well this no surprise to any beekeeper in New Zealand. But the constant rain and wind at the beginning of spring has lead to a terrible Honey season.

Some frustrated beekeepers have now declared our dismal summer the worst in two decades for honey-making – but it’s still too early to say whether consumers will also feel a sting.

Lyle Cairns – La Niña is a rough weather year.
Maree Broughton – Yip wet windy spring here and now drought can’t win either way. It’s raining now let’s hope we get some nectar flow so they have Stores for winter. No harvest for us this year
Barry Oliver – Yes. Over here (Oz) it is the same. Last season I took over 350 kg out of my 5 hives. This season so far, only 50 kg.

Some of our favorite documentaries here, a lot of them are now on YouTube. We recently watched the last Beekeeper which isn’t the most happy story.

We noticed there was not enough quality Apiculture resource banks on the net. The lack of awareness around Colony Collapse Disorder and the plight of the honey bee is startling. Here’s our list of 5 of the best honey bee documentaries we found out there. Hope everybody enjoys watching them as much as we did, do feel free to leave comments.

Anthony Mcghie – I have all 5 great but disturbing. 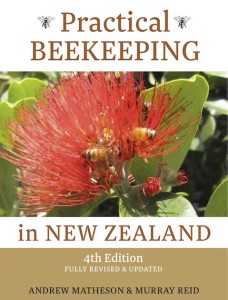 Lots of questions about treatments and got a call from a beginner who was so pleased to get our newsletter where he learned about varroa !! So awesome that we can help – another colony saved

Questions from google Analytics or emails

This week’s winning review was:-

(You will have to listen to the show)

You will need to claim your prize before 15 March 2017

@kiwimanabuzz Your delightful accents! Actually, we love getting tips from your opposite NZ seasons. Helps us plan!

The Guy and Harley Podcast 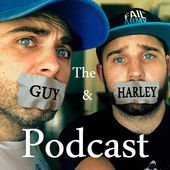 We were mentioned on the Guy and Harley Podcast, a filmmaking podcast from New Zealand. If you want to follow along with two independent film makers in New Zealand and a dash of irrevant humour check them out on iTunes HERE or Facebook HERE

Here is what was said EP93

…on the Facebooks Pedro got in touch

“I have enjoyed listening to every episode of your podcast! ?

Pedro is Just outside Östersund in Jämtland. Pretty much in the middle of Sweden ?

Gary Fawcett thanks so much for listening, it’s great to hear from one of our Swedish listeners. I guessing the weather there makes keeping bees difficult?

Pedro Blom “Well, not really. We’re I live we have a good biodiversity and big honey crops. And we don’t have varroa yet, though it is starting to come really close now. I guess it’s just a matter of time.

Since I started beekeeping I haven’t had any winter losses, except for a top bar hive that overturned in strong winds and the “frames” scattered in the snow.

One thing that can make it difficult is that the season is very compressed. Everything happens real quick and then it’s over you have to be alert to be on top of it.

In this region we have the nordic black bee. It’s very well adapted to the climate and the long winters.”