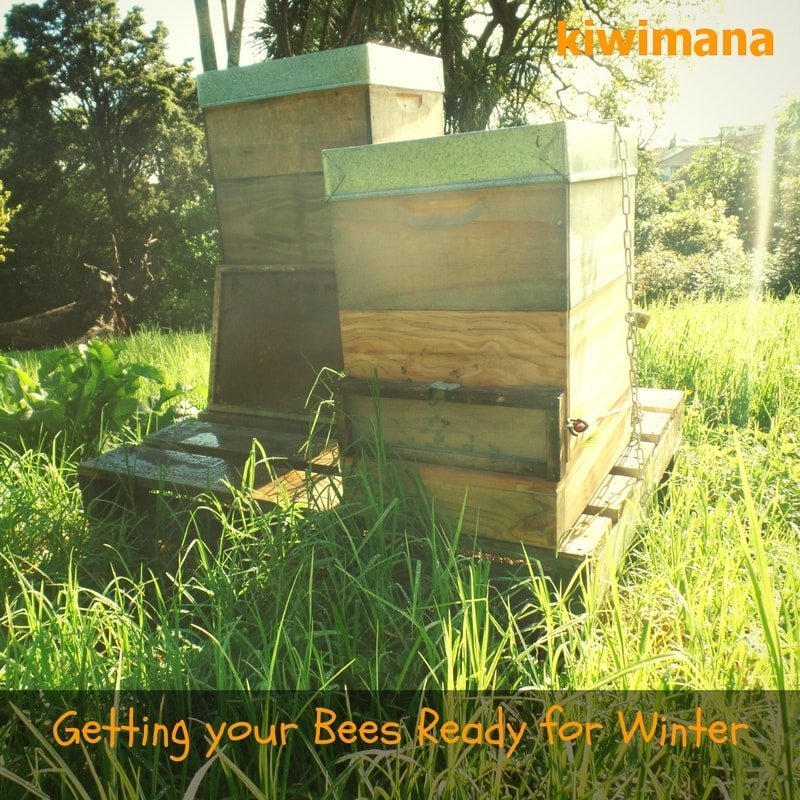 Getting your Bees Ready for Winter….this blog is all about showing you what I found in a beginner’s beehive which they successfully got through last Winter.

This colony was raised at kiwimana HQ and was put on site in December 2015. It was a two box set-up with both hive-boxes being full-depth. The base-board (or bottom-board) was solid (ie no mesh). The customer used an old pellet raised up off the ground about 20cm using 4 small posts, dug into the ground.

I was hired to work with the beginner to teach him and his team how to work the hive.

Initially after installation in December 2015, our first goal was to get the girls through Winter. This included beekeeper activities of monitoring and managing varroa and honey-flow.

After 10 months, we are pleased to announce that we were successful, well the girls did their part.. of course 🙂

… but there were challenges.

What Challenges did we face through Winter? 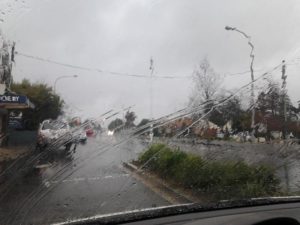 The rain was constant in the top of the North Island in New Zealand and the slugs, ear-wigs, slaters, cockcroaches and worms rather strangely were showing-up in the hive box with slimey trails appearing actually in the hive-box!

It was yucky, the damp was awful but the girls just seemed to live with the ‘uninvited guests’.

There were long periods of confinement due to rain, wind and storms. Add to that, the foraging went on longer til about April 2015 – so varroa were a real threat.

Due to the confinement, in the late of the season the girls were out collecting as much pollen and nectar as possible which made sense as their survival instincts obviously kicked-in.
But what this meant was that they were picking-up varroa on their travels, this fact caught many beekeepers by surprise as most had done their ‘normal‘ scheduled treatments, but then failed to monitor varroa presence after-treatments. It’s a fact that varroa multiplied exponentially and lots of colonies were lost.

The other threat was wasps, they had a great season!

A Thought..or perhaps a tangent….I also contemplate the fact that because people are using “Synthetic” or man-made treatments that the varroa, as a parasite, may well be getting stronger as it changes and develops its cells to deal to the treatments and perhaps that is the reason varroa were so bad at the end of the Bee season and hard to kill?!

I understand in America there was a real peak in varroa numbers and strength of ‘resistance’ after 8 years (in 2009).

Instalation = December 1st
The hive was put in the apiary in December 2015 and the inspection schedule was planned every 2 weeks to get started, as it was Summer, and the nectar / honey flow was on, so it had to be managed well.

Honey Flow Management and Monitoring = January
This requires frames to be moved up and new empty frames to be placed in the center of the ‘honey Super’ which at this stage was the 2nd level (brood was starting to get a little less up in the 2nd level) and the girls focus changed from population growth, to nectar collection.

Treatment Schedule = February
The treatment we used was Oxalic acid Vaporization method but we delayed to March.

Autumn THREATS = March 1st
Preparations for Autumn was all about monitoring varroa presence and treating.
We continued to manage the honey-flow and nectar stores.

Our aim ? to have a box of 10 full-depth frames with capped honey for Winter alongside that to have the colony as clear as possible of the “Varroa Destructor Mite”. We used the Kiwi Oxalic Acid Vaporizer and used 1/4 teaspoon once a week over 4 weeks. The vapourisation process is very easy and non-invasive in terms of not having to open the whole hive, we just insert the vaporizer in through the entrance so it can be done even when the weather is a little ‘damp’. 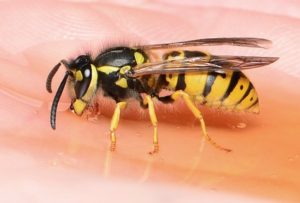 Due to the nature of a hive – WASP’s are a real threat because at the end of the ‘Bee Season’ wasps start to hunt for protein and as the Honey populations start to reduce a Beehive is very desirable to the wasp as they are starting to breed their Winter Wasp Queens….our solution? …we installed a ‘Robbing Screen’ and placed it on the widest access to get the girls used to it and start to propolise it with the scent of the hive.

We use the Robbing Screen all-year-round and just change access levels depending on the hive-population or wasp-threat level.

Winter saw the dampness from all the rain.

So… in late August thereabouts, I had to urgently swap-over the hive-boxes for some dry ones, cleaned out all the ‘guests’ and added a kiwimana-meshboard. This appears to have been successful to get rid of the damp.

What helped these colonies survive?

I think they survived because we had so much honey for them and they have definitely been enjoying it, we did have some honey frames left which is fantastic because our Spring plans to split had plenty of nectar, pollen and honey resources. The other reason is because we monitored mite-levels and treated accordingly so levels never built-up over Winter.

Inspection results – photos to show what was found

We went straight down to the brood box – level One

Recent work over November has involved splitting. We split and one of the splits swarmed – we think the old queen swarmed and I caught the swarm and after looking at her I am pretty sure it is her.

Interestingly the split which had the old queen in raised a new-season queen very quickly but in the split where we were waiting for a new season queen but even with hatched queen cells we have not yet seen her. Perhap impatient or perhaps not but we added a frame of new eggs to them and we’ll see if they raise a new queen or eggs may be there when we inspect next.

So the last inspection also showed that they are producing heaps of nectar and even capped honey production is on !!

Thanks guys for your interest in our beeginuzz Spring experience and results.

Thanks for being part of the kiwimana buzz : )
Margaret

One thought on “Getting your Bees Ready for Winter – Spring-Inspection”