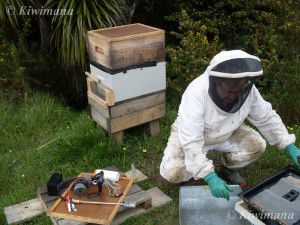 In part 2 of the article we answer the question “Can vaporising Oxalic acid crystals with the Robinson Vaporiser control your Varroa Mites?”

Sorry this update has taken a while to publish, we have been very busy at kiwimana building the new web site and picking up swarms.

Today we retreated the Whenapai 1 hive, it’s had it’s second treatment of three. We are testing the Oxalic Acid vaporiser.

The inspection tray did have a large number of dead varroa mites, we are looking forward to finishing the test, to see what difference the treatment has had on the mites.

We did spot around four or five bees that had died, we suspect during the treatment. We are thinking that it may be better to only use this method of treatment, during the day. We had done the treatment late in the day, when most of the bees would have been back from their days foraging. 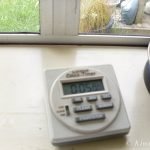 We also increased the time of the battery connection, as the after the first treatment not all the crystals had been dissolved. I don’t think we will increase the treatment time, and stick to the recommended two minute time.

Some bees left the hive after the treatment to escape the fumes we suspect. We had some heavy rain about half an hour after treatment, so we suspect this cold rain may have caught the bees outside the hive.

We did the final treatment, this time we used the vaporiser under that Kiwimana meshboard. This was much better as it didn’t seem to bother the bees at all.

We did a three day mite count a few days later, the mite count was still high at 22 mites per day.

We suspect that mites were still being removed from the hive, even a few days after the treatment. We will repeat the mite count in one week.

The Oxalic acid vaporises and disperses throughout the colony, the vapour recrystallises into a fog of tiny crystals that attach to all surfaces in the hive. These tiny crystals are what kills the phoretic mites (The ones hanging onto the bees).

The colony is growing strongly and has improved since we started the treatment, not sure if this is just the normal spring build up or the removal of mites from the hive.

We also added an extra layer on the hive to let the bees expand further. 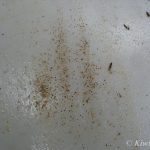 The bees are building up very well, we did another mite count based on the last three days. The mite count has reduced to 5 per days.

This has been greatly reduced from the 20+ we were getting when we started the treatment, so we conclude that the the Oxalic acid has had a positive effect on the varroa mite population.

Conclusions – Well Can you Control your Varroa Mites with the Vaporiser?

In a commercial operation, I could see the benefit of having a few units so you can treat a few hives at the same time.

The cost of the treatments is very low, using 2 grams per hive for three weeks. Equals round fifteen cents to treat a colony.

We are pretty happy with the “Robinson Vaporiser” and will be using it again as part of our integrated pest management strategy to control Varroa Mites.

The manufacturer of the vaporiser has been using them to treat his top bar hives, we are hoping to get a blog post with photos soon from him. The hive needs to be sealed up, which could be difficult with a hive with a meshed bottom that can’t be sealed (unlike the kiwimana Meshboard).

We no longer sell “The Robinson Vaporiser” from our store, we do sell another version below:-