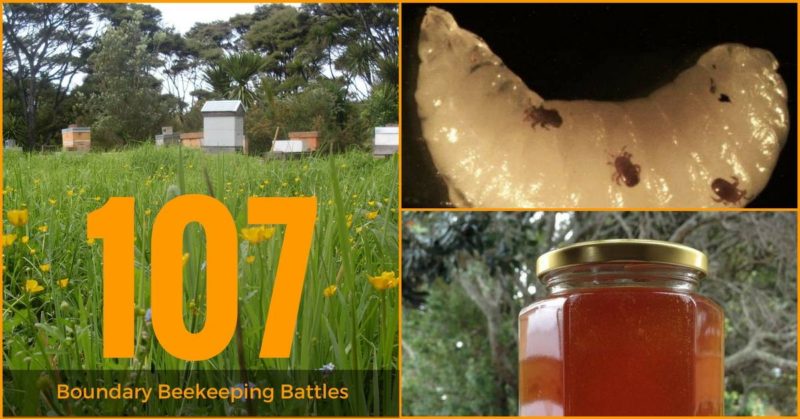 This week we are talking about Proposed Manuka Rules and a new mite threat to look out for ( as if we haven’t got enough to lookout for !! ). This is Episode One Hundred and Seven of our beekeeping podcast.

This week we would like to thank MeadDrinkr Tysen

Tysen have been supporting the kiwimana buzz for over 6 months 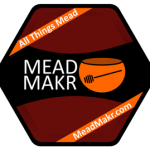 Tysen has a podcast all about Making Mead, over HERE

If you value what we bring to you – you may like to make a one-off donation – if you really appreciate our efforts – you can easily do it on our website.

Big Shoutout to our listeners in South Carolina in the USA this month.

Did you know Margaret …It’s illegal to fish with a yo-yo or dynamite in the fine state of South Carolina.

Yo this is what they’re talking about

A Yo-You isn’t what you think

This automatic fishing spring loaded reel is great for docks, boats, or bank lines because the hook is set without you being there.

Yo Yo Fishing Reel In Action

A new extraction plant has been setup in Waipu for hobby Beekeepers, great news. 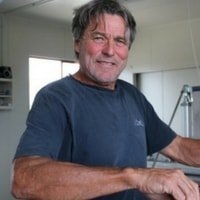 Five Waipu beekeepers keen to pool resources and knowledge for the benefit of themselves and small time hobby apiarists have banded together to build a honey extraction plant which can be used by the community.

Another NZed story about a thieving mongrel 🙁 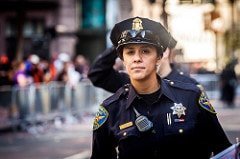 A Northlander was able to use an apiarist’s name to commercially extract just under 2000 kg of honey from beehives police alleged were stolen, a court has been told.

Howes was remanded on bail to reappear for sentencing on July 12.

Have you heard this piece of gossip around the apiary and honey packing yards? Isn’t UMF enough ? OMG …Nothing ordinary about this story…. 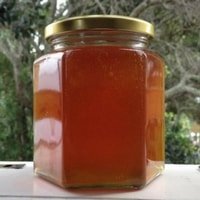 MPI (Ministry of Primary Industries) is re-jigging the definition of manuka honey.

Word on the street is that there will be a ‘discussion document’ released in April 2017, and the final documentation will become law in June or July 2017.

So what does this mean to the ordinary beekeeper (OK, I know none of you are ‘ordinary’)

Submissions close on 23 May 2017, public meetings are being held.

Claims of “Boundary stacking” this time, from Whanganui, when will this craziness end guys?! This news story appeared on the consumer show Fair Go.

A pollen war has erupted between two landowners in the lower North Island – exposing an industry-wide problem as demand for Manuka honey soars. 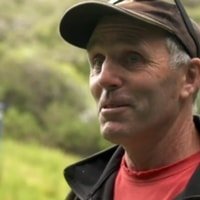 Under the hive-per-hectare ratio, Russell would have just 20 hives. Instead, he has more than 200. Russell says this is because he’s not just targeting Manuka, but all honey nectar – including thistles and clover.

Physics for beekeepers: mold in a beehive

Another great post from Rusty from the Honey Bee Suite Blog. Indeed a Hive can be the perfect place for mold to grow in dead hives. She discusses ways to help prevent it. 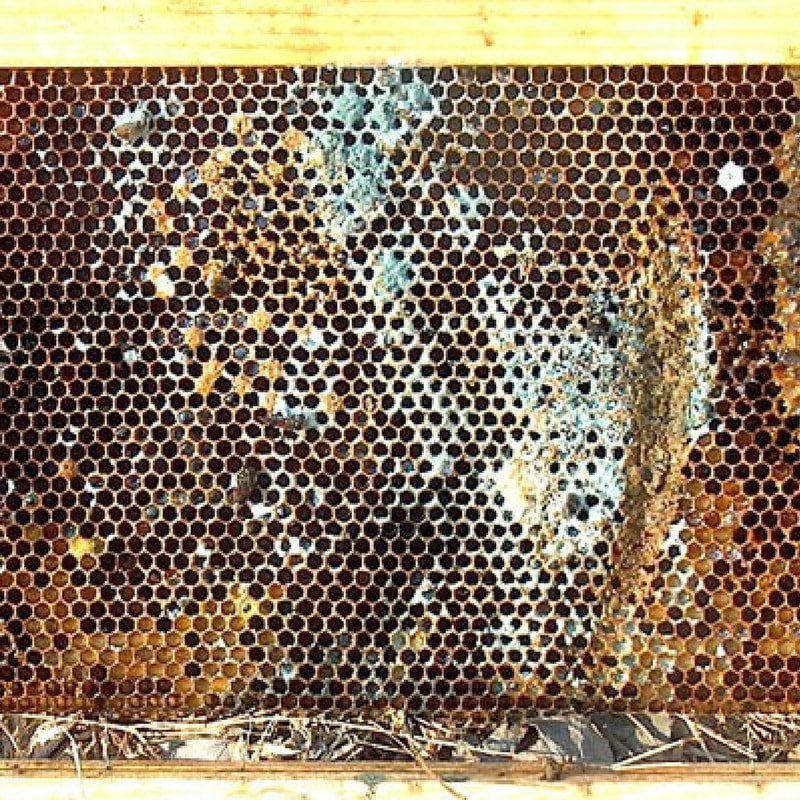 Mold in a beehive is a result of colony death, not the cause of it. Mold spores are everywhere in the environment, waiting for the perfect conditions to germinate into hairy tufts

Physics for beekeepers: mold in a beehive

A new mite to look out for ‘Tropilaelaps mercedesae’ has had it Genome sequenced to help create a treatment. The mites are native to Asia and have spread from their original host the giant honey bee, Apis dorsata, to the European honey bee Apis mellifera 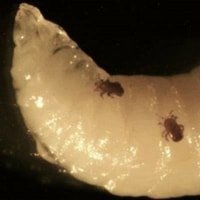 Published today in the open-access journal GigaScience is an article that presents the genome of a parasitic mite, that infects bee colonies, which are facing wide-spread devastation across the entire world.

Also great information has been released by the The National Bee Unit on this new mite.
Tropilaelaps – Parasitic mites of honey bees

Margaret discusses general questions about failing colonies we have been getting.

No more Questions this month, I guess everyone is busy chopping up Firewood.

As a small thank you to our customers we ask for a ‘product’ and from there, we randomly select one product review each month so they can go in to a draw for a $30 kiwimana gift certificate – a prize you can use !
But the draw winner must – Get in touch within 2 weeks – of the podcast release date to claim your prize.

This week’s winning review was:-
(You will have to listen to the show)

Two Hives Better than One Comment – We Hear from Tim

Gary,
Sorry I didn’t tell you where I live. I’m the one with the top bar hive and the long Langstroth (horizontal) hive. I live near San Antonio, TX. Our flow starts as early as February here, and it sure did this year! Lots of plants and trees started blooming in Feb, and the girls were bringing in pollen like crazy! We really only have about 3 months a year of colony dormancy (mid Nov-mid Feb), and many days it’ll still warm up enough for them to get out and cleanse. Love your show!

Gary and Margaret,
I’m from the United States and live in northeastern Pennsylvania. I enjoy listening to your podcasts and I’m entering my second year as a beekeeper. I’ve always wanted to give beekeeping a try but never had the time. I am a teacher and teach fourth grade and up until last summer I coached high school football. When I decided to retire I picked up beekeeping to take up the time football once claimed. I must say, I have been bitten by the beekeeping bug and I love it.