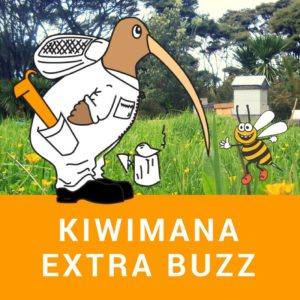 – Where you get a little extra

In this Supporter only Show we are talking about Bees Holding on Tight and Goodbye to our Bees!!

This month Nathan and Justin have reached the reward level, check your email guys for an email from Gary.

New research from Cornell University proves that Bees quiet down when the population increases. An interesting study by Michael Smith and Po-Cheng Chen. 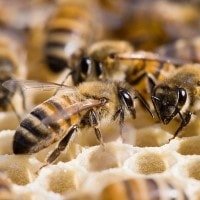 Effective communication is a big deal for most species, humans included. But how do you communicate effectively in the middle of a crowded and noisy spot?

Interesting headline to get attention but analysis required to really try and work out what this article is about….here goes…
Firstly what is Maunga;
1. (noun) mountain, mount, peak.
Courtesy of : maoridictionary.co.nz 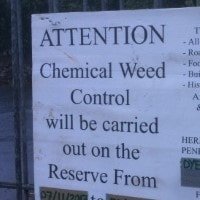 The chemical weed spraying measures are being undertaken on North Head mountain in Devonport, on Auckland’s North Shore, which is an historic battlement containing barracks, tunnels and gun emplacements, dating back to 1885.

North Head, otherwise known as Maungauika, is under the management of the Department of Conservation (DOC), who rent offices there, and for the duration of November will be spraying glyphosate, commercially known as Roundup, to combat kikuyu grass.

Devonport-Takapuna Local Board chair Grant Gillon said he understood residents concerns, but the DOC was in a “difficult position” with the spraying.

FULL Article – ‘Goodbye to our bees‘

So DOC and Auckland council seem to be doing things differently and then you’ve got Auckland Transport spraying everything with goodness knows what ! Saw them spraying side of motorway all around the Phormiums and they looked decidedly sick from it with yellowing leaves… : (

Anthony Mead Dick heads!
Craig Lovell Department Of Contempt. Why are they not leading the charge in environmental cleanup, protection and conservation?
Jill Dalton And it’s prime time for bees collecting nectar. Pretty lousy behaviour.
Joyce Kennedy So, can communities employ locals and pay them the 50 thousand dollars to use manual means to eradicate or control grass,rather than pay the council that amount to ignore their agreement?
Noel McPharlin How do u get rid of Kikuyu grass.
Anthony Mead It’s already known that this shit is carcinogenic, so why the fuck are they still using it!
Nadine Anne Kure Utter fuckwits
Art Tomkinson WHO Gave The Order To Spray Needs To Be Put In Jail ??????
Cheryl McDuff Oh no. I put my name down to have no spray out west when they were spraying. How do i know if my request was actioned. I got a letter saying they would not spray but it probably means nothing.
Allan Johnston Why is Auckland council claiming to be Bee friendly yet spraying toxic crap and killing the bees?

Well thanks for listening the first bonus show of 2018, we will be back in a couple of weeks with an interview with Yappy Beeman.