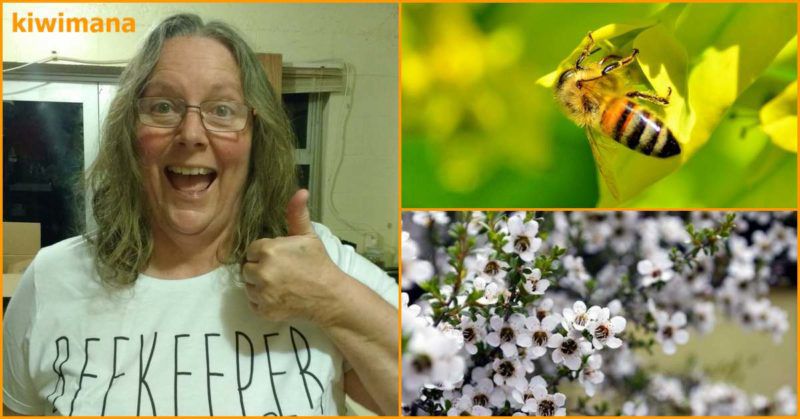 This is Episode One Hundred and Twenty Four of our beekeeping show.

We are Gary and Margaret, we love Honey bees, we are kiwimana and we are Beekeepers who live in the Waitakere Ranges, on the Wild West coast of Auckland, in New Zealand.

kiwimana is a place where the beekeeping community can share a conversation and connect and in this episode we talk about Victory for Mānuka, Beekeepers on the Breadline and Bloody Australia Day ‘ratbags’

..we also – as if that wasn’t enough – build and sell beekeeping supplies, we teach beginner Beekeepers and provide beekeeper services and advice. And we are the “beesknees” Club, Facebook group

Great to have you joining us, we know life is busy – so we appreciate that you have taken the time to join us today – thanks so much…. for being part of ….the kiwimana buzz….

oh….We have also been known to go off on tangents about other issues, banaNas and awesomeness.

It’s a couple of weeks to the end of Bee Season 2017… we feel the cold of Winter creeping in over here in New Zealand!!! What has been happening in the weather? Drops in temperatures so this means the bees are dealing with chillier nights with some colonies choosing to stopping laying but not because of the chill but because of varroa loads …!!! Unfortunately these colonies have since died. 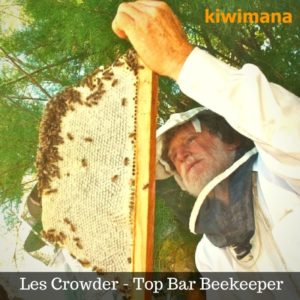 The EU ruling…did you hear ! We won!

Related News from 2009:-
From Seeds of Suicide to Seeds of Hope: Why Are Indian Farmers Committing Suicide and How Can We Stop This Tragedy?

The Method we use to split hives is HERE

Do you want to bee a Roving Reporter

We would love it if you could be part of the show and report in from your location.

Do you live in one of these countries? 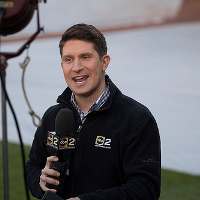 Could you record a quick update one to two minutes of your local weather conditions and what people should be doing with they bees in your area. 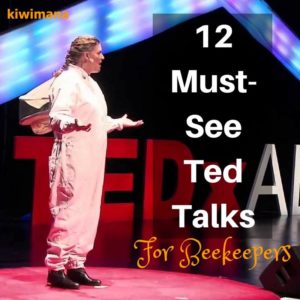 What products have been used in our work?

Gary – Mini HIve Tool to clean up frames, love it, it fits in the palm of your hand.

This podcast was made possible thanks to our Patrons, especially this month we would like to thank Lisa Morrissey

Lisa has been supporting the kiwimana buzz since October 2016

Special thanks to Lisa for all the help you give us. Thanks for the reviews in the last Auckland Beekeepers Magazine 🙂

Thanks for all your support!!!

Another Victory in Case for Mānuka’s NZ Origin

The term Manuka Honey has been certified in New Zealand. Which surprised us, as I thought it was already certified.

The Intellectual Property Office of New Zealand has accepted the term as a proposed certification mark.

The Office said the certification meant the mark ‘mānuka honey’ will differentiate New Zealand’s honey from other countries like Australia.

Another Victory in Case for Mānuka’s NZ Origin

Lyle Cairns – I was going to use some expletives but I’d better not. Criminals trying to capitalize on your national treasure.
John Thomson – I understand it was Tasmania as the original place of manuka honey. Yes all three NZ, AU and Taz have these trees that is something very beneficial to one’s health thru the honey that bees produce.
Angie Duff – So what does this actually mean in terms of stopping Australia using the word Manuka?

‘A lot of blood, sweat and tears’ – East Coast company cutting out the bees to make the most of manuka plantation

The product of some uniquely eastern New Zealand innovation, a scrubby plant once described as a weed is being grown commercially.
“No body has ever tried to do what we are doing here,”

“New Zealand Mānuka Group” a company on the East of New Zealand is extracting something different from Manuka Tree and it doesn’t involved any bees……..

‘A lot of blood, sweat and tears’ – East Coast company cutting out the bees to make the most of manuka plantation

Mathew Jordan Good thing is it grows back, good shit, good to see them going hard better the some people just spray all the tea tree they have
Robert McInnes So the bee community should get concerned why? Someone found a better return from manuka than honey? Can’t blame them for that eh!
Gary Fawcett – And less bee stings Robert ?
Nathan Organ – Um, tea tree oil had been around for years and years. It’s well known to be beneficial for all kinds of things.
Glenys Carr – I could be wrong but the tea tree oil that’s been around for years is Australian melaleuca, the NZ variety is relatively a new product. Correct me if I’m wrong
Nathan Organ – We have many varieties of liptospermum in Australia. NZ has 2. Quite a large number of the Aussie tea tree aka manuka aka liptospermum aka jelly bush have medicinal properties, some far more than the 2 species in NZ.
Tea tree oil is derived from plants such as these.
Also, manuka honey is great for treating wounds because it creates hydrogen peroxide on contact, the oil would not, so won’t be as effective.
So while it’s interesting, it’s hardly a new idea or likely to be a new miracle drug.
Hayley Sunderland – Dam thought that was a pot crop, for sec ???
Korina Ellis – X whanau

Beekeeping New Zealand president Russell Berry say beekeeping is not sustainable in New Zealand, due to the high number of hives. He feels Big Corporates are overstocking areas and yields are lower than usual. 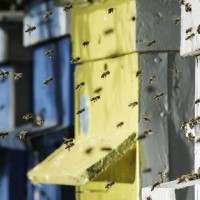 Beekeepers are warning some in the industry are at risk of going bust because there are too many hives.

The jump in the popularity and price of mānuka honey in recent years has meant a boom in production.

Anthony Mcghie Interesting reading this from the states – hives worth $1000? Package of bees alone is about $150 then add the wooden ware.
Jay Bennett Media exaggerating Anthony, hives are worth around $350–500, nucs around 200, mated queens $50–75
Jay Bennett I really wish the media would stop portraying our hives as being worth so much $$$$; $1000!!! it is not true. Currently they are worth around $400; I do expect them to be worth quite a lot less come spring after two poor seasons.
Robert McInnes I can’t agree with your statement of hive cost. I have seen hives advertised between 400–1000 on trade me!
Jody Webster Are the $1000 hives selling though? Have been looking a lot lately, and not surprisingly, the cheaper ones have way more interest or on more watchlists than the more expensive hives.
Lisa Arnold You’re right Jay $1000 is an exaggeration. More like $300 – $400
Manage
Larnia Beets For a single brood box $400. Double brood box with a couple supers stack on with honey is another story…
Jay Bennett this time of year it would not warrant the cost of spending so much on a double hive and the price honey buyers are currently paying for honey hardly makes it worth taking it off the bees, and that’s if you can find a buyer for anything non manuka.
Judy New tan Are you talking about Langstroth hives? In Australia Langstroth are the cheapest at around $30 AUD per full depth (except if you build your own Kenyan Top Bar). Warre Hives are more expensive $700 AUD but Flow Hives are $1000 and above AUD.
Hilton N Melva Ward Well fancy that, am not surprised. (Melva)
Lyle Cairns I wonder when someone is going to offer private security services for these problems…

While celebrating on a public holiday in Australia, which is to commemorate the founding on 26 January 1788 of the colony of New South Wales…a group of sods were…

Around 120,000 bees were destroyed when two hives were set alight.

It is believed Mr Romer has been nurturing honey for about 15 years.

This is the second attack on the hives in about four months.

What’s your Number One Beekeeping Problem?

When people join our newsletter we ask them what their number one Beekeeping problem is, we try and help them with problem.

Here is this month’s one:-

Finding and killing the queen in an angry hive…

Or visit our speakpipe page HERE and leave a question Do you want to show your support?

Patreon is a way that you can contribute to the work we do here at kiwimana, simply as little as $1.00 per month donation makes a real difference to help us to continue creating free BLOGs, PODCASTs, and NEWSLETTERs

Geoff and Linda from Tinonee (North of Sydney)

Hi guys, My wife and I live in Tinonee on the Mid North Coast of Aus and we are beginner beekeepers

This weekend just gone we travelled to Sydney and had found your podcasts prior to leaving, we thoroughly enjoy your presentation, the information and the light humour, we even enjoyed the way Margaret would break into a song now and again! It’s terrific to find people so passionate and helpful.

Have just requested membership to your facebook page as well and will be following you on Youtube.
All the best and thanks once again

“As a new beekeeper, I relish everything I can read or listen to. Gary and Margaret are a joy to listen to and I learn something new with every podcast. They are fun and upbeat, unlike some bee podcasts that are droll and dreary. Keep up the great work down there!!!” – Monday, 2 April 2018

“Gary and Margaret’s passion for bees is contagious and makes their podcast a must listen for both new and experienced beekeepers alike. The duo feature guests who share just as much passion and knowledge as their hosts and help make their show relevant for beekeepers around the world. A must listen to anyone interested in bees or just connecting with the natural world around us. – Friday, 6 April 2018

“Great podcast for any beekeeper, if your just starting beekeeping or have be keeping bees for years. Kiwimana has great guests and awesome tangents! Joel The North Idaho Beekeeper” – Monday, 23 April 2018 In this week’s Bonus show we talk about blimmin’ murder by councils and making soap from bees… The bonus shows are for our supporters who use PATREON through which they make donations to say ‘thank you’.

We have an interview with Jim Hepburn from Wellington!!!!

Jim Hepburn is a backyard Beekeeper from the hills of Wellington in New Zealand.