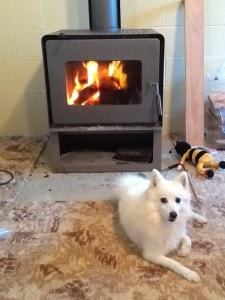 We already touched on our Bee Season on our PODCAST – Episode 72 but now I feel motivated to write about our experiences as I sit on our deck wrapped in a blanket on this June morning here in West Auckland New Zealand. Temperatures over the last week have ranged from 1 degree C to 19 degrees today! Handy Hint: it’s often a good thing to just sit-down and take time to review what your Bee Season was like and what you faced through it. This can help you to prepare for the coming season and help you feel less panicked and more in control (…well as much control as nature lets you !!). The rest is really up to the gods.

Well we were already on the backfoot as at the end of the 2013 Bee Season we had lost 7 hives due to WASP preditation (is that a word?!!) anyway… that in itself caused us a lot of heartache, seeing some of our older genetics fall prey to those little B*^”?!!ds. So that was the first hurdle. Then the next hurdle saw us facing constantly long-periods of rainfall, not just showers, but heavy and often for days on end which resulted in the girls being confined in-doors and eating their way through their honey-stores, no pollen and nectar as all washed-away. Then…When we started our Splits for the new season, we were hammered by more rain, so the Queens were too late to get out and mated so we had failed splits. This resulted in our Beeginuzz Kits not being ready til January and February!! whereas last Season they were ready in December and the Season before they were ready end of November ! Over Winter we are managing 23 colonies – lets hope they all survive !

So…How are we preparing for the New Bee Season of 2015?

Check out Part 2 of Bee Season 2014 review where we will go over what we are up to over Winter – we’ll give you some ‘Handy Hints’ which we hope will bee helpful to you. Thanks so much for reading : ) Margaret …it’s the kiwimana buzz…